I’m Trying to Delete my Babiez off the Internet 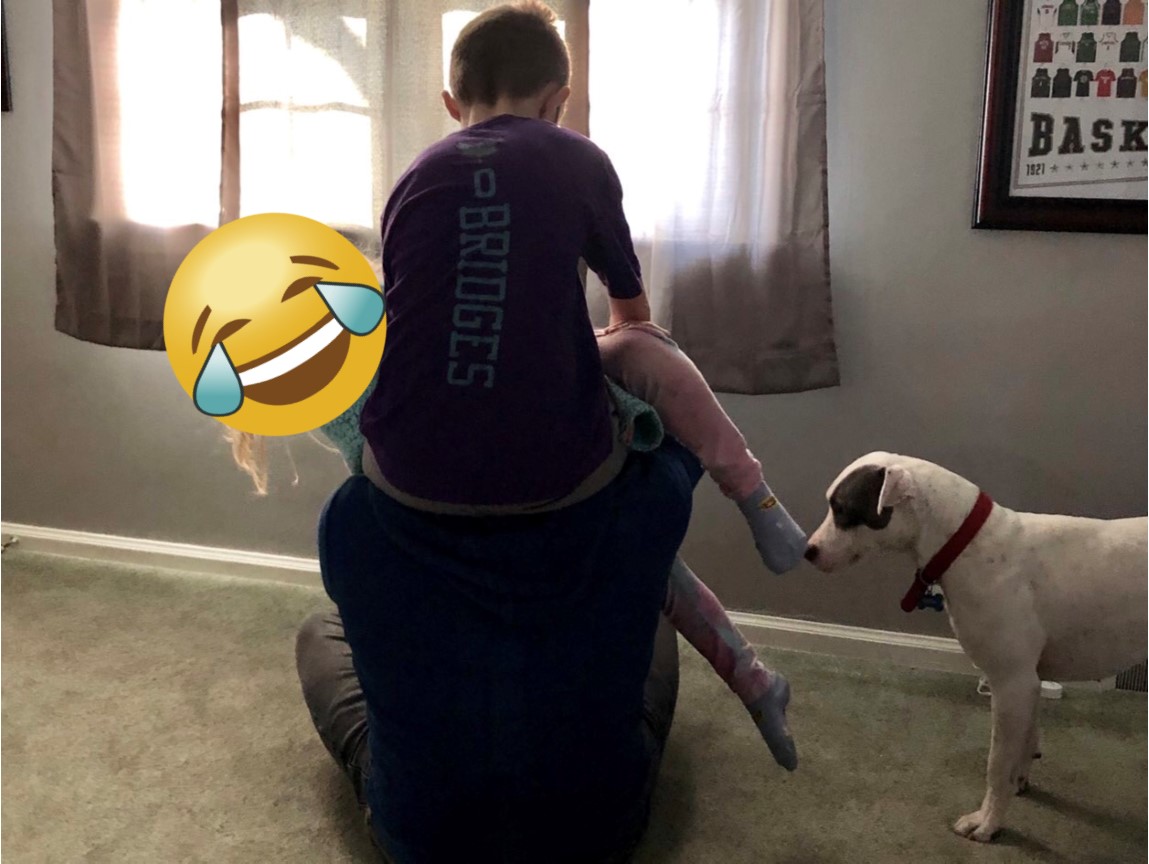 “How many likes? More than Isla?”

My hyper-competitive 9-year-old son Oliver breathlessly asked that question every time he realized there was  a photo posted of him on my Instagram page. And … I mean … of course you didn’t get more likes than your sister. You’re cute and all son, but have you seen her blue-eyed/blonde-haired/angelic face combined with her instinctual ability to find her light and pose perfectly any time a camera is even near her? Sorry O, you inherited your dad’s lack of charisma. We will never compete with her.

I liked sharing pictures of them. I’m biased, but they’re pretty awesome. My son is sensitive and shy, but picks his spots to be hilarious and charming. My daughter is a whirlwind of energy ranging from demonic to silly to obsessively focused and creative. I love that I get to help unleash them on the world. As a single dad, as stupid as it sounds, it was helpful to me to post pictures of them. It made me more thoughtful about planning fun stuff to do, which positively focused my attention on them and their well-being, which helped me begin healing from my own sadness and pain. Sharing those moments relieved some of the anxieties any parents feel when a marriage ends. “See … they look like they’re having fun, right? Maybe getting a divorce didn’t irreparably fuck up their lives, right? They definitely won’t be telling a therapist about me someday, right?”

But recently, I deleted every photo of my kids that shows their face on all of my social media accounts. I’m increasingly alarmed by how little digital privacy actually exists, how much of our information is stored, sold, shared, and used for mostly unexplained reasons, and how this is happening mostly because we just willingly give it away. I’ve always been careful to ask my kids if they’re okay with me posting their pictures before doing it — their consent is important to me, and I want them to grow up confident that they can tell people to eat shit if they’re invading their personal space in unwelcome ways. That was a lesson I learned waaaaay too late in life, so I’ve been obsessed with imparting it early on with them.

I also recognize that I’m probably borderline psychotic about my reactions to this stuff. I got a Google Home Mini speaker for Christmas two years ago that I couldn’t return, so I immediately recycled it. The kids were annoyed — they love asking the dumb speakers for jokes and trivia questions. It’s probably mostly harmless, other than the microphone mining your conversations to feed you ads. But all I could think about was Google listening to me swear at my dog for eating all of the stupid raw sweet potatoes off of my counter and using it against me.

Yet … it also trends into decidedly not harmless. TikTok is censoring Hong Kong protestors and mysteriously storing massive amounts of data. Facebook already influenced the election of Trump and is now openly saying its cool with ads that are lies. The Detroit Police Department, among others, is experimenting with facial recognition technology. Earlier this year, I was downtown with my kids and the Flint Police Department had a tank out. It looked like something straight from a war zone. And they felt the need to wheel it out for display during a super hero fun run in the middle of the day. More weaponry and more technology don’t seem like the greatest combination to me.

I’m nearly 40, so only a small portion of my life has been spent being massively online. Kids, though, grow up with virtually their entire lives shared on social media, through the lens of parents or family members. Worse, they don’t even have a frame of reference for a world in which that wasn’t the norm. Even if I ask their consent to post photos and they give it, do I even know what I’m asking them to consent to? If years from now, we live in some post-apocalyptic hellscape run by authoritarian discipline-humping descendants of Trump, and I’ve given that government the entire aging process of my kids for their population control database, does it really matter that I asked their permission? If I don’t even know the repercussions of sharing photos, how can I in good conscience expect my kids to make reasonable choices about what to share and what not to?

The easier solution was just to delete everything rather than think about it. There are still pictures of my kids out there. Other family members post them, and I am not yet ready to become the asshole relative at holidays who yells at people for taking pictures of my kids. I’m also a hypocrite and reserve the right to rescind my policy if I catch either kid doing something that is capable of going viral … I got my fake audience as a writer to worry about.

But for now, the responsible thing to do feels like hiding their face from the internet as much as possible until they’re old enough to decide how to clout chase on their own.